In Celebration of Potatoes

Our local high school Homecoming is fast approaching, so I asked the three oldest who planned to attend. Sam, of course, is all in. Gus, as usual, is on the fence. Mary Claire was an adamant when hell freezes over.

“Why don’t you want to go to Homecoming?” I asked.

Her answer was swift and simple:

1. Because the dance will just consist of a hot, loud room crammed with a million people, and I’ll be the sweatiest one there.

2. Because I’ll look like a potato in a room full of French fries.

That girl makes me laugh.

And then she makes me cry.

I can’t change the way she sees herself, but I can hold a different mirror for her.

1. Your mom is the world’s biggest sweater. It’s my superpower. I was always the sweatiest girl on the dance floor, on the basketball court, on the softball field. In fact, your dad and I sealed the dating deal at a high school dance we affectionately call “The Slime Dance.” I knew if he was still interested after slow dancing with me while my hair dripped all over him, he might just be The One. You’ve inherited my superpower. You are now Sweaty Girl: Able to Soak a T-Shirt at the Speed of Light. Embrace your sweat, lovey. It’s so good for your skin.

2. Potatoes are where every other potato-derived thing begins. Think about it… French fries are just potatoes pieces. They are not whole. Potatoes are the real deal. You can mash them, bake them, boil them, mix them into salad, cook them into crispy, yummy hash browns. They create potato opportunities. They are essential to life. Have you heard of Ireland’s Great Potato Famine? People DIED because they didn’t have potatoes. They died by the hundreds of thousands. Potatoes are necessary to the world’s existence. Potatoes make meat, eggs, and humans happy. And they inspired one of America’s most beloved childhood toys and one of my very favorite Toy Story characters, Mr. Potato Head.

You should never underestimate the power of potatoes.

Potatoes are versatile and beloved.

And the best ones are sweet. Just like you, Sweaty Girl. XO

Katrina Anne Willis is the author of Parting Gifts (She Writes Press, April 2016) and a faculty member of the Story Summit Writer’s School. Her personal essays have been featured in numerous anthologies, including Chicken Soup for the Soul: Think Possible, My Other Ex: Women's True Stories of Leaving and Losing Friends, and Nothing but the Truth So Help Me God. She was recognized as one of six distinguished authors at the 2016 Indianapolis Book & Author luncheon, was named a BlogHer 2015: Experts Among Us "Voice of the Year," was awarded the 2014 Parenting Media Association's Gold Medal Blogger Award, participated in the 2013 "Listen to Your Mother" show, and was a 2011 Midwest Writers Fellow.

I know there are many who suffer from PTSD. I never counted myself among them, even with a colorful history of sexual abuse and violence. 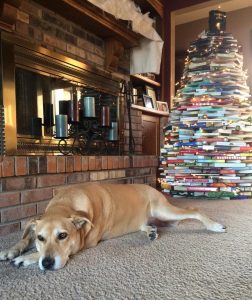 The Weight of a Pandemic

I haven’t hugged my mom since March. I haven’t seen my best friends in the same amount of time. We had to put our family 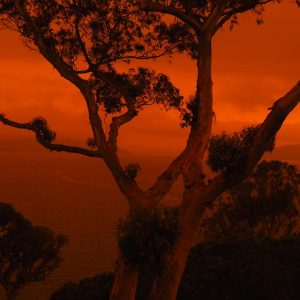 A Million Years Ago

I can’t read any more. Nothing holds my interest. I’ve been skimming the same book for two months now, and I’m only 50 pages in.

5 thoughts on “In Celebration of Potatoes”